Johnny Mafriano is a teenaged troublemaker in Ho-Ho-Kus and Ridgewood NJ, then a post-graduate student at a Connecticut prep school, and then a college student in Ithaca NY who finds himself (by dreams or time shift) adopted by a first-century king-bishop, back when Hallowe’en was in May and death and life were not so clearly separated as today, not long after the Romans were besieging Jerusalem. And the king-bishop back then gives him the name Johnny Mafriano, which is already his in Bergen County NJ when the dreams begin.

Johnny’s coming-of-age is spread out through two thousand years of time and half a hemisphere of space, besides the heavens above. Comes a Redeemer has been praised as good and indeed highly perceptive history – but we don’t usually read history in the form of dream-visions and books of time travel.

The story has been described as Holden Caulfield meets St. Polykarp (who? That will be revealed). That’s what happens when music – whether ceremonial drumming or a first-century anthem or psychedelic rock – brings you into the sacred time at the center of things. 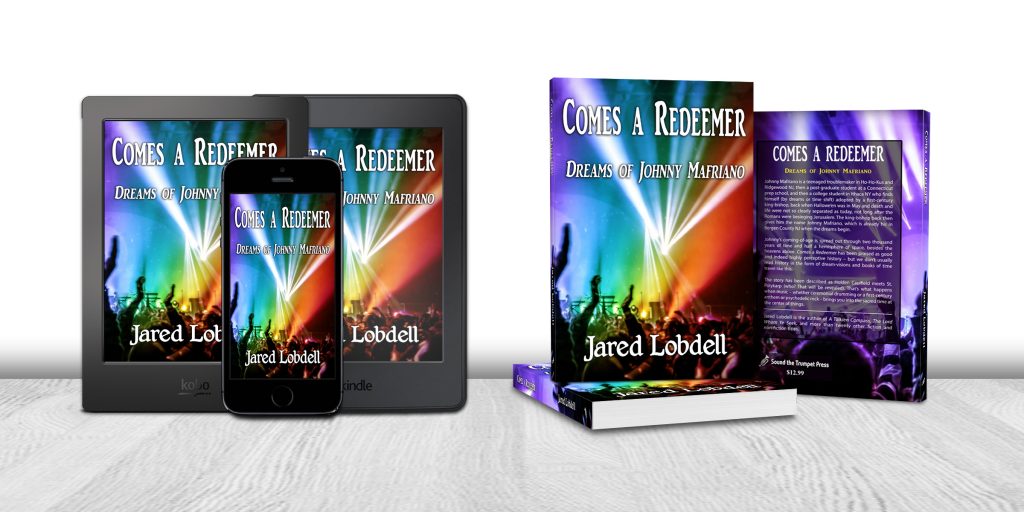 Amazon USA
Amazon Canada
Amazon UK
and other Amazon stores worldwide
Barnes & Noble
Independent Bookstores
Available at bookstores near you and worldwide at your favorite retailers.